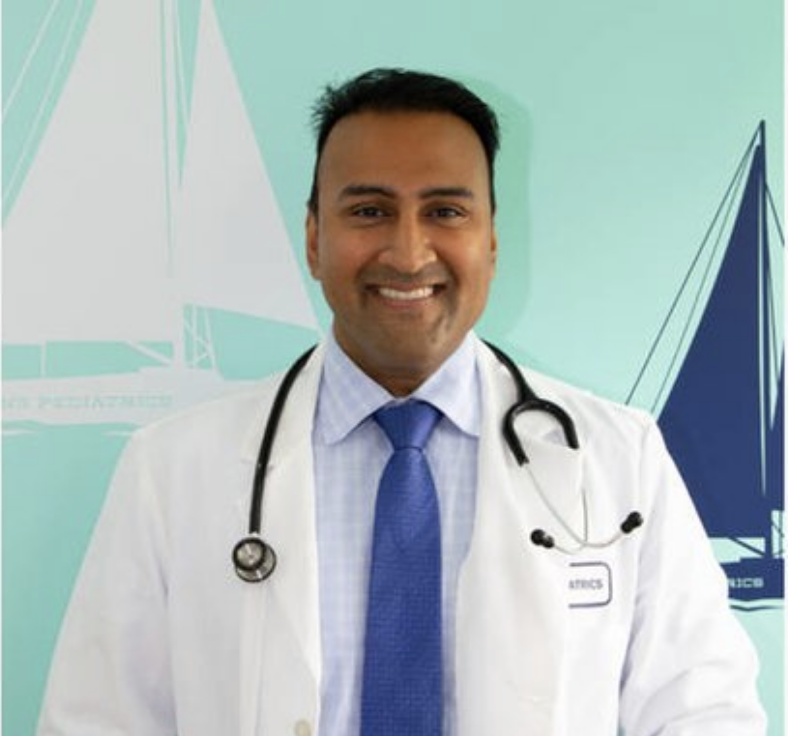 The Hudson Valley pediatrician is standing by his offer in spite of the just-announced plan to temporarily reopen the government.

DOBBS FERRY, NY — Dr. Nitin Gupta, who runs Rivertowns Pediatrics in Dobbs Ferry, was following the news Friday about the government shutdown that is affecting 800,000 federal employees and its possible, but temporary, resolution. Gupta had been reading stories since the shutdown began about people who were going without pay and “it was like a punch in the gut.” His father was a state employee in California for more than 20 years and there were times when he was furloughed and money was tight. Gupta remembered when his family had to cut back on non-essentials, and said that it made them question whether they were sick enough to visit a doctor because they would have to shell out money for a copay. Gupta said to himself that no parent should have to do that. So he came up with the idea that during the duration of the government shutdown Rivertowns Pediatrics would waive its membership fees to federal employees who have been affected by either being furloughed or having to work without pay. “If you need to be seen, we will waive our membership fees,” Gupta said. “We just want their kids to be fine.” “If they want to pay for services when they are back on their feet, cool,” he said. “If not, cool.”

Gupta also reached out to Natural Fit Pharmacy in Irvington to see if they would be willing to provide prescriptions at cost or a lower cost for furloughed government workers, and they agreed. And in light of the events Friday afternoon with President Donald Trump announcing an agreement to reopen the government for three weeks, Gupta said he is still standing by his offer of free medical care if government workers face another furlough, as is Natural Fit Pharmacy.

Gupta’s practice isn’t the typical doctor’s office where patients come in with insurance cards in hand. He said he operates under a membership-based alternative payment system, called Direct Primary Care, for which patients pay periodic fees directly to the physicians for unlimited access to “primary care and prevention services,” according to information from the Direct Primary Care Coalition. Gupta likened it to a gym membership, in that you pay an affordable monthly fee and no insurance is accepted. “Why does medical care have to be that expensive?” he said. “If you need to see me 30 times in a month, then you need me.” His practice is relatively new; his doors have been open for about four months. Gupta feels that this is something he has to do. “I’m serving my community,” he said.

Gupta, M.D., F.A.A.P, is a board-certified general pediatrician. After earning a bachelor’s degree in Nutritional Sciences: Physiology and Metabolism from the University of California at Berkeley, he graduated from St. George’s University School of Medicine and completed his residency in pediatrics at the University of Medicine and Dentistry of New Jersey-New Jersey Medical School. He also trained at Weill Cornell Medical College in Pediatric Gastroenterology and Nutrition.

A Local Pediatrician Brings a Personal Touch Back to Care
March 6, 2019

A Pe­di­a­tri­cian Brings House Calls Back to the River­towns
February 1, 2019

INSTAGRAM
Categories
Recent Articles
Recent Comments
Go to Top
We use cookies on our website to give you the most relevant experience by remembering your preferences and repeat visits. By clicking “Accept All”, you consent to the use of ALL the cookies. However, you may visit "Cookie Settings" to provide a controlled consent.
Cookie SettingsAccept All
Manage consent

This website uses cookies to improve your experience while you navigate through the website. Out of these, the cookies that are categorized as necessary are stored on your browser as they are essential for the working of basic functionalities of the website. We also use third-party cookies that help us analyze and understand how you use this website. These cookies will be stored in your browser only with your consent. You also have the option to opt-out of these cookies. But opting out of some of these cookies may affect your browsing experience.
Necessary Always Enabled
Necessary cookies are absolutely essential for the website to function properly. These cookies ensure basic functionalities and security features of the website, anonymously.
Functional
Functional cookies help to perform certain functionalities like sharing the content of the website on social media platforms, collect feedbacks, and other third-party features.
Performance
Performance cookies are used to understand and analyze the key performance indexes of the website which helps in delivering a better user experience for the visitors.
Analytics
Analytical cookies are used to understand how visitors interact with the website. These cookies help provide information on metrics the number of visitors, bounce rate, traffic source, etc.
Advertisement
Advertisement cookies are used to provide visitors with relevant ads and marketing campaigns. These cookies track visitors across websites and collect information to provide customized ads.
Others
Other uncategorized cookies are those that are being analyzed and have not been classified into a category as yet.
SAVE & ACCEPT
Skip to content